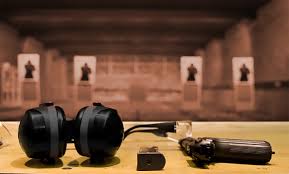 When the Commonwealth of Virginia recognized the need to elevate the requirements for individuals providing protective services to others in VA, they not only modeled the training standards and professional title from Executive Protection Institute’s Providing Executive Protection Program to create the 32E Personal Protection Specialist Registration, they also modeled the advanced firearms 09E standards from EPI’s Protectors Pistol Course.

VA and EPI require Personal Protection Specialists who work in all environments to be able to place well aimed shots with precision. The qualifying course of fire for the advanced firearms course needed to become an armed PPS, in addition to passing the 07E basic qualifying course, requires a 92% passing grade with hits on 8” body shots, and 4” head shots. When a protector is armed and encounters a deadly threat and must engage the target it is critical that they do so with precision and not just shots to center mass.

One reason is the higher probability of an adversary wearing body armor these days. When two rounds to the body does not stop the perpetrator, that is an indicator that they may have on body armor and a head shot is required. When you take the size of the average head it comes down to about a 4” diameter target while center mass is represented by an 8” diameter target. One of our advanced qualifying courses of fire is what is called a failure to stop, or commonly known as a “body armor drill” requiring two rounds center mass (inside an 8” circle), followed by one head shot (inside a 4” circle), at various distances.

In the early years as EPI was conducting the 09E advanced qualifying course it was not uncommon for students to not meet the 92% qualification (which is only 2 misses out of 25 rounds) and a need to reshoot the qualification a second or third time. Some students still wouldn’t pass the range qualification, making it necessary for the student to come back at a later date after improving their shooting skills and shoot the qualification course again. About 5 years ago, we employed a new precision shooting technique originally developed by “Insight Firearms Training”, and we began to see incredible results. It is now rare that students do not pass the advanced qualifying course of fire on the first attempt!

The methodology starts with an in-depth understanding of how our eyes focus on the sights, and eye dominance. The traditional method of checking eye dominance does not adequately test your eyes, as there is the phenomenon of parallel dominance (right hand, right eye, left hand left eye) and cross dominance (right hand left eye, and vice versa). We now conduct 7 separate eye tests to confirm eye dominance. The next part of the methodology is understanding trigger control and trigger compression, and the importance of “giving up control”, allowing the firearm to release the shot. Think about this, you as the shooter do not decide when the round is released (we don’t say goes off or fires), the firearm determines when the round will be released. All the shooter is required to do is hold the firearm sights steady on target, focus intently on the front sight, and “gently compress the trigger until the round is released”. “You know it’s going to happen, you don’t know when it’s going to happen, so you have to just let it happen”.

With this methodology explained, we have all shooters work on shooting “one-hole” groups using 1” dots as the target. We begin with slow methodical shots working to place every round into the same hole starting 3 yards from the target. To make things interesting (and to prove a point), the instructors will sometimes work the students trigger. Typically, when this happens, the round will most often be dead center in the 1” dot. This indicates good sight alignment (equal height and equal light) and the precision then comes down to trigger control and allowing the firearm to release the round on target.

Once a student gets “dialed in” as we call it, we begin to pick up speed. It is not uncommon for novice shooters to be able to draw from the holster and place a shot on target in under 1 second and the students generally can make one-hole groups (or very tight groups) at distances out to 15 and 25 yards. We have had many students come into the program and tell us that even though they have been shooting for many years, that there is no way that they can shoot one-hole groups. After 15-30 minutes on the range, they are blowing 1” dots off the target and making one-hole groups on a consistent basis. Some students take a day or two but after getting dialed in, students are disappointed with a “flyer” that is ½” off target.

Once a shooter has learned the ability to accurately place a shot on a specific target such as a button or an eye on a head shot, their confidence soars. At our protector’s pistol course, we now have students shoot at steel silhouettes at 50 yards and the shooters have a much greater confidence knowing they can make that shot consistently. We encourage all protectors to work on accurate precision shooting and having the confidence to place a well-aimed shot accurately on target.